Everywhere is the same

When you come to Asia you feel like a young God. Everyone admires you from the hidden, safety place, and these ones who are braver takes a picture of you. You buy everything because it is so cheap; and when someone asks you about your plans to get the world, you respond „Give me 5 minutes”.

Asia is that recherche continent, which fascinates everyone. Far away, hot weather, and the fact that it is raining for half of a year nobody really cares. When we think about Asia we imagine Buddha, stone temples on the mountains, small bamboo houses, and palms.

I have a great opportunity to meet a wonderful person. Her name is Kasia. We met at the opening day at university and after a week we became friends. The first year we got to know each other and when we became really close friends she said that she was going to Indonesia for a year or longer.
I was happy for her but on the other hand, I was asking whether she was not afraid. Half a year later, when I was sitting with another friend and we looked through Kasia’s beautiful photos from different part of Asia – Indonesia, Malaysia, Thailand, rapidly she said that we should try as well.

I decided to give it a try and a week later I have had all the documents for Darmasiswa program prepared. In that time, phone calls on the line between Poland – Indonesia was hotter than Asian sun. How to make it? What should I say in the Indonesian Embassy? What should I prepare for?

In April, after two months delay, I get the e-mail from Embassy with gratulations that I got selected for the program. I got my phone, called to my dad and said that in four months from now I was going to Indonesia for a year. He didn’t say a word. Two days later, when it got to him, he tried to change my decision by saying that maybe I preferred to go to the United States. But when he realized that it didn’t work he just agreed to say that it’s one-lifetime chance. I called to Kasia and told her that I was coming, and she already had a plan about all the things that we would do when I finally arrive.

26th of August I came to Warsaw airport looking like a total moron with all the things that I had. And it still wasn’t enough. You know, its hard to pack your life in only one suitcase that cannot be more than 23 kg. I took out my passport with Indonesian visa, which was bright and new, I got through check-in and an hour later I was on the plane. On the route Warsaw – Moscow I didn’t realize what was happening. On the route Moscow – Bangkok I couldn’t sleep. The sky above the clouds changed the colour every hour and the small screen on the seat in front of me showed red dot which was changing location above the continents. At 8 a.m. local time I got out from the plane straight into hot Thai air. „I have 12 hours and meeting with my friends who travel around Asia for 2 months”. I thought. Taxi on the bill and in my head all these warnings „don’t let them cheat you”.

„Mister, Mister, taxi” – the screamings from local drivers had started. But I was brave and I’ve found my taxi with the parking number 9. I got the driver the address and said that he has to put the taximeter on. He pretended that he didn’t understand me, but when I treated him that I get out from this taxi he put it on. I’d arrived at the girls’ hotel and before I could get out for good from the taxi they were hanging on my neck screaming what we have to do for sure.

In Bangkok, we spent 12 hours. It’s not enough time for real sightseeing. More like for taking a shower, eat something and go to the local market to look around. In the evening we split up to our airports to meet again in few days in Indonesia.

My flight from Bangkok to Jakarta was sponsored by Air Asia airlines. The most being late airlines in this part of the world. Delay? Only four hours. I had arrived in Jakarta at 4 a.m. Everything was closed, there’s no possibility to exchange the money, no taxi on the horizon. I was standing like a total loser in front of the terminal when some Indonesian guy came to me. „You need coffee? You look tired” he said, and warning lamp in my head start beeping. He must have seen my fears because he ripped off his jacket and showed me his airport security legitimation. 20 minutes later I have got my coffee, exchanged money and a taxi with a driver who exactly knew where he should drive me and put taximeter on before I could even look at it.

Jakarta is huge. At the hotel, I was after 5 a.m. It was my second day without sleep. Wonderful. But the number of new experiences was above the tiredness. I met there with Domi, who same like me get to the Darmasiswa program in Bandung. We decided to stick together.

First few days in the capital of Indonesia were quite intensive. The opening ceremony of the program, meeting new people from all over the world who was also the participants of Darmasiswa, traditional dances, new tastes. After four days all of us had gone to their’ cities. Mine – Bandung – is the 4th biggest city in Indonesia. It’s located in the mountains, in the West part of Java island. There is colder than in other parts of Indonesia and air pollutions which complicated the visuality are everywhere. Like Warsaw, four times bigger.

The first week in my new place was horrible. Cockroaches in the size of half hand palm, mosquitoes which not stop beating and unwelcome flatmate – the rat in the size of a small cat. And if it wasn’t enough, there was no sign of hot water. „Real Indonesian life” Kasia tried to calm me down.

After a week she had gone to Bali for internship and I was left alone in our new house. „You can do this!” I told myself and was started put up my new life again to the shape.
First important thing: get a gift for the neighbour. In other words, you can say that it is a bribe but in the good taste. So I had learned the 4 sentences in Bahasa (Indonesian language) and I went to him with money and small present from Poland. 20 minutes later I knew that neighbourhood security was activated and now on I don’t have to worry about my safety nor about the fact that no one gets my package from the postman. Every morning I get out in front of my house and after cheerful „Selamat Pagi!” (good morning) I get my coffee from neighbour’s wife and start learning Bahasa with neighbour’s son, who is six. He told me what he doing and I’m trying to understand. Learning with children is easier than with adults and also the fact that they can teach you something gives them uncommon happiness.

Next several weeks in Indonesia I had spent on decorating our flat, putting a door to my room and conversations with our landlord about the deal that if she wants to rise up the fee she could buy us a water heater and a fridge. After two months ours’ flat conditions are so much better, we can say „almost like in Europe”. From the horrible things in the beginning, only cockroaches left but we also have our ways to deal with them: spray and heavy boots.

Everywhere is the same. During my living here I’ve understood that when it’s about leaving for a year and flight back ticket not restrict, we start living like a local people. Far away trip to Bali we plan with calm without rush. In the evenings we go with new friends and talked about random stuff like music, politics or last party. We find every week rituals – pool tournament on Wednesday, live music on Saturday, sometimes karaoke on Friday. We find our favourite coffee spot and the best restaurant in town. We start to understand that place it’s all about people, not about the guidebook picture.

We have few friends who go somewhere on every weekend. When they back and we ask what is worth seeing they mostly don’t know. But they have pictures on their Instagram.
But travelling is not about it.

For me, one year aboard first of all is a great opportunity to get to know the culture, which is so different than mine, European one. It’s about understanding the mentality and tradition in Indonesia. It’s about seeing the differences between Europe and Asia. Because Asia is not like the guidebooks say. There is hotter and the rains are heavier. But people do the same things: they go for classes, meet up in the evenings, they talk. They start and finish college. They are happy and sometimes sad. They are really good cookers. When they getting married whole neighbourhood and family celebrate with them. When they pass away the whole neighbourhood praying. They drink coffee in fancy coffee spots and they wearing jeans pants. They play the guitar and they are incredibly good singers. But most of all they are really openminded, helpful and curious about how life looks like in our part of the world and if we like to be here, in their place. Because this is what is important to them.

books, converse and a large latte lover. I believe that nothing is impossible, and when there's no way to the goal, it's just about creating a new one. optimist. with a thousand inspirations per minute, a million destinations to go and at least a hundred ideas for living. for now, I'm discovering everyday life in warsaw. 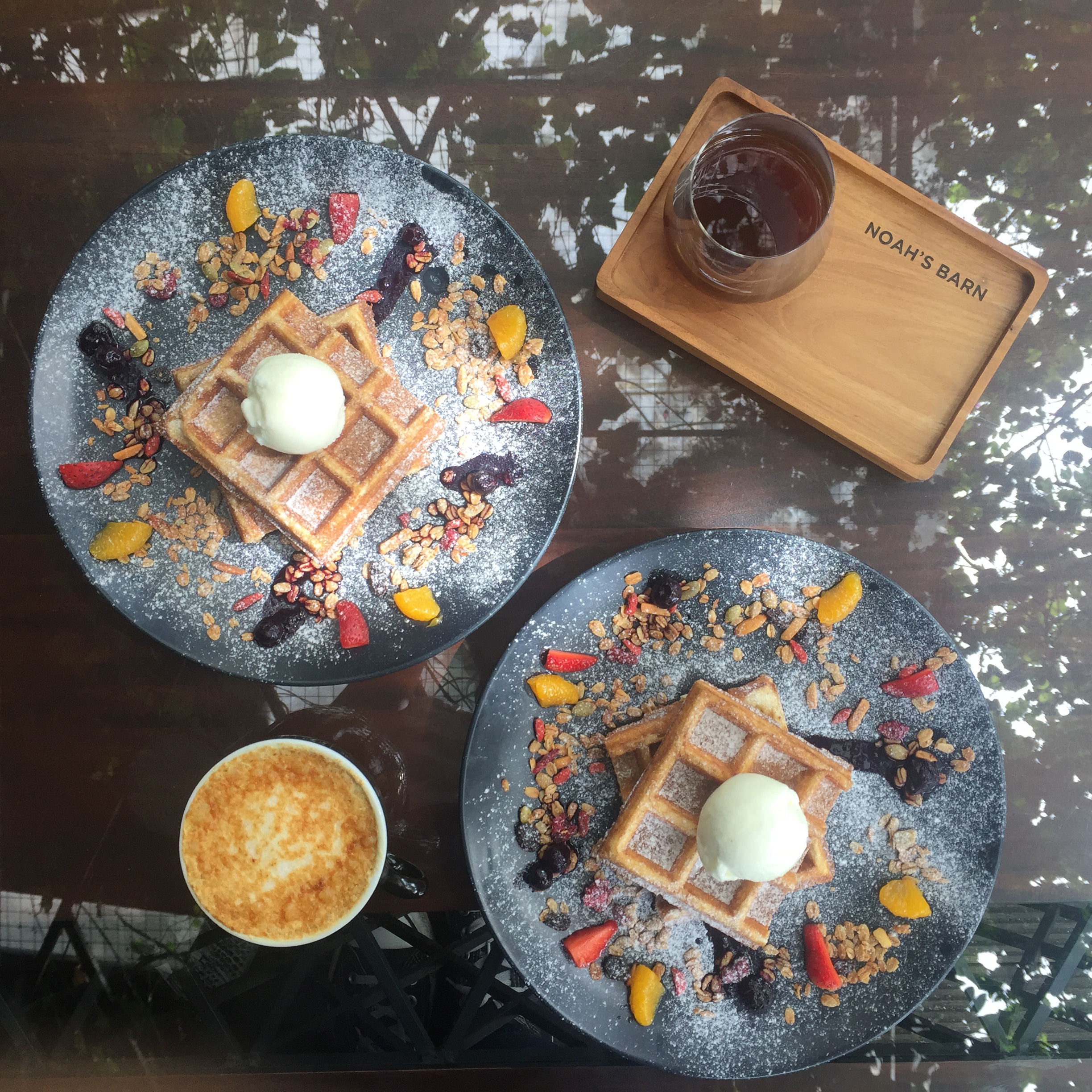 You can be a lazy bun